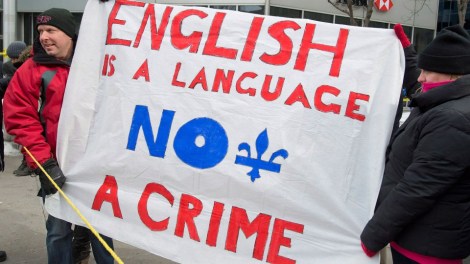 Nov. 9, 2016, the Québec government published the highly anticipated final version of the legislative amendments to the Regulation respecting the language of commerce and business (the “Regulations”). These amendments will require all new outdoor signage installed after Nov. 24, 2016 to comply with the new rules. Existing businesses and franchises will have a three-year grace period to comply. By Nov. 24, 2019, all outdoor signage in Québec must ensure a sufficient presence of French in order to comply with the new signage laws.

While the public was invited to forward comments on the draft regulations to the Minister of Culture and Communications, the final version of the amendments has not undergone any changes since the publication of the draft regulations on May 4, 2016.  The Regulations will require that all Québec businesses who display a trademark “only in a language other than French” on their outdoor signage ensure “a sufficient presence of French” on the site, all in accordance with the Regulations.

The business must ensure the presence of French by including a French generic term or descriptor, a slogan or any other indication or term, favoring the display of information relating to the products or services offered by the business. The Regulations will apply to all outdoor signage, including:

The Regulations will further require the French generic terms, slogan or other description to be permanently visible, legible and shown in the same visual field as that of the sign or poster bearing the non-French trademark. The legibility of the French elements added to signage will be assessed based on the type of sign or poster. For trademarks posted outside a building situated on a street, the legibility of the French sign will be evaluated from the sidewalk along the façade on which the trademark appears. For trademarks visible from a highway, the legibility of the French sign will be assessed from the highway. The mere addition of French business hours, telephone numbers or addresses, or a French sign that requires the viewer to be within a less than 1-meter radius of the sign to be legible, will not meet the “sufficient presence of French” requirement.

As we reported on Nov. 4, 2016, the Office Québécois de la langue française published a French guide, entitled “Affichage des marques de commerce” (the “Guide”), which provides examples of how to ensure the sufficient presence of French. These examples demonstrate that while the French generic or descriptive terms or slogan need not be the same size as the trademark, they cannot be of minor importance and must be of sufficient proximity to the trademark.

No industry-specific exception has been enacted. The Regulations will therefore apply to all types of businesses who display a non-French trademark on the exterior of an immovable. Retailers, hotels, restaurants, bars, financial institutions, boutiques, shopping malls, professional firms, health clubs and all other buildings carrying on a commercial activity appear to be subject to the new Regulations.

The new rules, which will apply to trademarks displayed outside an immovable only in a language other than French under section 25(4) of the Regulations, will greatly restrict the scope of the “recognized trademark” exception. Companies who previously relied on the historic “recognized trademark” exception set out at section 25(4) of the Regulations (which exception provided that recognized trademarks within the meaning of the Trademarks Act could appear exclusively in a language other than French on signs and posters– provided no French version of the trademark was registered) will now be required to revise signs and posters displayed outside an immovable.

The addition of a French generic or descriptive term or slogan, as shown in the examples provided in the Guide, may constitute an alteration to a registered trademark. Adding the required French information in the same visual field as the trademark could constitute a significant modification to the trademark as registered. Consequently, consideration should be given as to whether such additions require further trademark protection. Your trademark counsel may provide further guidance on the recommended next steps. We note that certain retailers who have integrated a French generic or descriptive term to their non-French trademark have preemptively filed applications for registration of their “new” trademark incorporating French descriptive or generic terms.