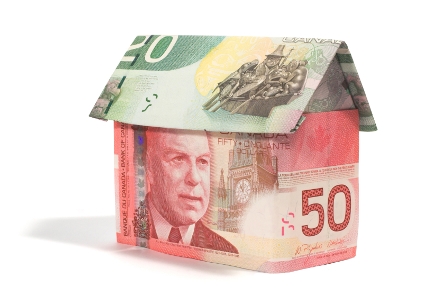 The finance department recommended raising the minimum down payment on insured mortgages to as high as 10 percent from 5 percent for homes above a certain value, according to people familiar with the plans, speaking on condition they not be identified because the deliberations aren’t public. While former Finance Minister Joe Oliver rejected the recommendation earlier this year, department officials raised the proposal again at an October meeting with industry representatives, according to one of the people.

Morneau, who replaced Oliver after October elections, said days into his new job that along with the budget, real estate was one of the first briefings he sought. That suggests policy makers are grappling with what, if anything, should be done to contain Canada’s two most expensive markets without precipitating a major decline in cities like Calgary and Montreal, where prices are flat or falling.

Canada Mortgage & Housing Corp., the government-backed housing agency, expressed concern about increasing signs of overheating in cities such as Toronto and Vancouver, while the Paris-based Organization for Economic Cooperation and Development urged the government last month to take steps toward reducing the risk to the financial system from high household debt and home prices.

In Vancouver, the average price for a detached home has jumped to almost C$1.6 million ($1.2 million), prompting speculation an influx of foreign buyers is behind the surge. A detached home in Toronto also averages more than C$1 million.

“Our foundations are strong overall, but a number of areas of vulnerability currently have our attention,” CMHC Chief Executive Officer Evan Siddall said during a speech in Montreal where he introduced the report.

Meanwhile, prices in about a quarter of Canadian cities declined this year. Sales in Calgary, epicenter of the oil price shock, fell 29 percent in November from the same month last year, according to the city’s realtor group.

Housing market conditions “vary widely, with Toronto and Vancouver experiencing double-digit percentage price gains, Calgary and other oil-producing centers with soft housing prices, and most other centers with price growth of about 2 to 4 percent,” CMHC said in briefing documents prepared for the new minister after the Oct. 19 election. Bloomberg obtained the documents through an Access to Information request.

In an attempt to target the higher-priced markets while sparing other regions, Oliver considered raising the required minimum down payment, currently 5 percent, on homes worth more than C$500,000. He ultimately rejected the proposal, one of the people said. His department, which had recommended the measures be applied immediately, initially recommended an even lower threshold on concern C$500,000 wouldn’t have much of an impact, the person said.

Under Canadian rules, home buyers must pony up at least 5 percent of the purchase price to qualify for mortgage insurance. Buyers putting 20 percent or more down aren’t required to take out insurance. Finance Canada doesn’t “comment or speculate on possible policy actions, or discuss what might be under consideration,” said Jack Aubry, a spokesman.

Morneau declined to comment on the matter Wednesday. “We have a housing market that’s different in different parts of the country, so we need to carefully understand how best to deal with that,” he told reporters.

Overstepping could prove costly. Housing has been one of the few bright spots in an economy struggling with falling oil prices and slumping business investment. Canada has C$1.3 trillion in residential mortgage credit outstanding, according to Bank of Canada data, and real estate-related activity — including the imputed value of owning a home — represents about 15 percent of the nation’s gross domestic product.

Some argue the market should be left alone. “We have a supply shortage in our two major cities,” Phil Soper, chief executive officer of Royal LePage, Canada’s largest real estate firm, said by telephone. “That problem will rectify itself.”

Tightening regulations also isn’t fair to first-time home buyers, according to Kevin Lee, Chief Executive Officer of the Canadian Home Builders’ Association. In an interview last month in Bloomberg’s Ottawa office, Lee said the newly-elected Liberal government should reverse steps taken in recent years to tighten the market. That would also be more consistent with their pledge to help middle class families, he said.

“Home ownership is a big portion of the financial well- being of the middle class,” Lee said.

In the end, the market may regulate itself. If the U.S. Federal Reserve increases interest rates this month, as expected, yields in Canada will follow, and so will mortgage rates, making home ownership more expensive. The Bank of Canada 5-Year Conventional Mortgage Rate, a compilation of rates offered by chartered banks, is 4.64 percent, the lowest in decades.

The Fed “liftoff” would mean “mortgages will be more expensive and that will reduce the number of people that will qualify,” Sherry Cooper, chief economist at Dominion Lending Centres, said in a telephone interview. Asked if the Finance department will crack down on mortgages, she said “I don’t think they will and I certainly hope they don’t.”