Sure, getting to 2015 was fun – but we’ve got another 360 days filled with world-class events to look forward to this year.

So don’t but away the champagne just yet, it’s time to celebrate everything great that’s coming to Montreal in 2015…

Warhol Mania at MMFA
Montreal is playing host to one of the world’s most influential visual artists. Andy Warhol’s Pop Art takes over the Montreal Museum of Fine Arts until March 15th. The exposition has already begun but if you haven’t had the chance to see Warhol’s work in person, you should add it to your list for 2015.

L’Hivernale
The Esplanade at the Olympic Park has been transformed into a winter wonderland. Discover this festive outdoor space located in the Winter Village, where a variety of activities are offered, including a bar, a culinary lab, and Bavarian curling. On weekends, the spot will host theme nights and a fine selection of performances by local DJs in celebration of the cold season. L’Hivernale runs from January 2nd to March 8th on Friday and Saturdays.

Igloofest
The 2015 lineup was recently released on the festival’s website, and Igloofest’s 9th year looks better than ever. Taking place at the Jacques-Cartier Quay in Old Montreal, this edition runs from January 16th to February 8th. That’s four weekends of dancing to your favourite electronic beats with over a thousand of your fellow Iglooers. The festival brings together icy decor and steel structures, powerful architectural projections, programs featuring the best local and international DJs, and – of course – the famous igloo village. Don’t forget your dad’s 80s ski suit. Seriously.

Montreal En Lumiere/Nuit Blanche
The 16th Edition of Montreal En Lumière will take place, as always, at the Quartier des Spectacles, the heart of all of the festivities. Expect a whole lot of eye candy from February 19th to March 1st, including the iconic giant Ferris wheel, ice slide, and beer garden, as well as free outdoor concerts by local artists and DJs. The festival ends with the famous Nuit Blanche all-night party.

Poutine Week
Everyone’s favourite cheat week is back in 2015 and we couldn’t be more excited. A new edition of La Poutine Week goes down from February 1st to the 7th with several of Montreal’s most beloved kitchens concocting an original and unique poutine of their own. So many poutines, so little time…

Terrasse Season Opener
We all yearn for that day when chairs, tables, and umbrellas magically reappear on the city’s vast terrasse network. When that day comes in late spring, it’s an event on its own. It’s clear we all love terrasse season (and the start of spring) and we can’t wait for its return in 2015.

Major League Baseball at the Big O
Hey baseball fans, America’s favourite pastime is back for two days this spring. The Toronto Blue Jays will play back-to-back games against the Cincinnati Reds at Olympic Stadium on April 3-4. We know it isn’t the Expos, but hey, it’s still a great excuse to relive those good old summer ball games at the Big O. Buy us some peanuts and crackerjacks…

St. Ambroise Montreal FRINGE Festival 25th Anniversary
A festival rooted in the traditions of diversity, accessibility, and artistic freedom, the St. Ambroise Montreal FRINGE Festival invites you to partake in crazy dance parties, discover mind-blowing shows, and celebrate the diverse community that is Montréal. Happening from June 1st to the 21st, this year’s edition is the festival’s 25th anniversary, so expect big things.

Osheaga Music and Arts Festival
Montreal’s largest summer music festival, Osheaga was recently named one of the top festivals in the world. Going down July 31st to Aug 2nd at Jean-Drapeau Park, this will be Osheaga’s 10-year anniversary. We hear the birthday edition is going to be a BIG one. The pressure – and music – is on.

The Rogers Cup
Tennis fans rejoice: the men’s tennis tournament swings back to Montreal this summer. You’ll be able to watch the likes of Nadal, Federer, and Djokovic grace Jarry Parks Uniprix Stadium with their groundstrokes from August 7th to the 16th. Sounds like a love match to us.

Throughout the day, festival-goers were able to browse through many kiosks featuring Ukrainian cuisine, folk art and crafts, local businesses and information booths. 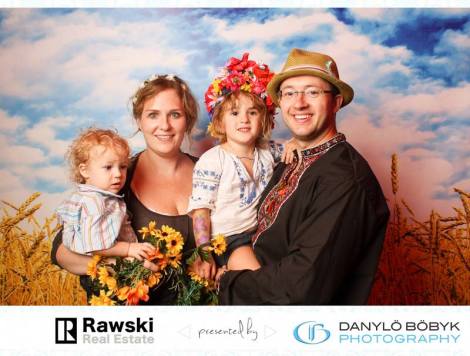 One Direction – Olympic Stadium
Harry, Zayn, Niall, Liam, and Louis – otherwise known as One Direction – are heading to Montreal this summer. When the world’s biggest boy band comes to your city, it’s only fitting that they play at the city’s biggest venue. Olympic Stadium will host what could be the biggest concert of the year (for 12-year-olds) September 5th. We all know you like to sing along to their songs on the radio – don’t deny it – and now you can indulge in this guilty pleasure along with 56,000 other fans.

Le Burger Week
From the same guys that brought you La Poutine Week, Le Burger Week will take over the city this September. That’s seven full days of delicious Burger heaven. This mini festival encourages people to try new foods and flavors as well as vote for ‘Best Burger’ in their home city.

Art Tattoo Montreal Show
Looking to get a tattoo but have no idea where to start? Place Bonaventure is home to the 2015 Art Tattoo Show from September 11th to the 13th. This expo showcases some of the world’s biggest tattoo artists and their beautiful unique work. They even do tattoos on the spot (with an appointment). But hurry, space will be very limited the day of the expo.

MTL a Table/ Taste MTL
Our flare for fine food and daring dining is in our DNA; so during MTL à TABLE (October 29 to November 8), it’s no surprise Montrealers arrive in droves to sample the best culinary creations Montreal’s chefs have to offer. This year, all of MTL à TABLE‘s 140 participating restaurants will feature wine pairings alongside their exclusive menus. Better start getting in shape now if you want another cheat week…