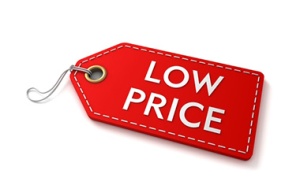 We all know how frustrating it is when we find a property for a client and then find out that the house is going to sell for much more than the listing. It frustrates the client, wastes time and is arguably misleading – but some agents say it’s a legitimate (and highly effective) tactic.

“The listing will attract attention and ready buyers will realize the price is very realistic,” says Elli Davis, an expert agent focused in the central Toronto region. “They will want to buy it before anyone else does. In many cases, more than one offer will be registered.”

It’s no secret that, for most buyers, real estate is an emotional transaction and pricing a property below its perceived value appeals directly to that facet of the sale. But, as Armand Gilks says, agents need to tread with caution when employing the tactic.

Gilks also points to the discontent with which many buyers view bidding wars. Pricing low will likely offend this population.

“You might dissuade some people from offering,” he says. “They know it is priced low and they do not want to get involved in a multiple-offer situation.”

Davis, too, says the strategy doesn’t always pay off, and that’s something that agents need to prepare their selling clients for.

“It is not for everyone, depending on their personality and also how many other competing properties are on the market at the same time,” she says. “Pricing is not an ‘exact science’; markets fluctuate.”

But for the best results, Gilks says agents should avoid pricing low on higher-end homes.

“Just because of the amount of traffic that’s out there,” he says. “Higher priced homes have a much smaller market and you’re generating traffic for a different reason. But still, it has to be priced correctly.”