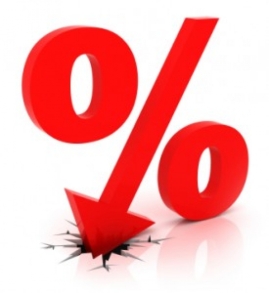 Low interest rates could be here to stay

BoC Governor hints that lower rates could be here to stay… RBC still ‘in business’ for US mortgages… Insurance Bureau advises homeowners to shop around for lower premiums….

Low interest rates could be here to stay

The expectation is that next year we will see a rise in interest rates; it’s the tool the Bank of Canada always uses to stimulate or cool the economy right? Maybe not. BoC chief Stephen Poloz, speaking yesterday on CBC’s The Current, suggested that there could be a change in policy to a “neutral interest rate”. The concern for the Bank is that any hike in the interest rate could have a disproportionate impact on the wider economy, given the high levels of consumer debt. The last thing anyone needs is homeowners struggling with mortgage repayments, cutting back on other spending and the ripple effect that would have on the retail and leisure sectors and business in general. A change in policy could mean fewer interest rate decisions and an average rate being lower than the predicted 3 to 5 per cent. Read the full story.

RBC still ‘in business’ for US mortgages

When the Royal Bank of Canada closed its branches south of the border and ended its retail banking operations there, many took that to mean that they were no longer operating in the US mortgage market. With predictions of the loonie dropping against the greenback in the next year, we may see growth in the traditional Canadian appetite for US homes, but while many choose to pay cash, mortgages are available from RBC. Read the full story.

Canadians should seek out the best deals for their property insurance, says the Insurance Bureau of Canada. Region vice-president of the IBC Bill Adams, was speaking in Alberta where homeowners are facing hikes of 20 per cent following last year’s floods; figures show Alberta had an 80 per cent higher cost of claims than the rest of the country in 2013. Mr Adams said that while we’ll put in the effort to research which flat screen TV to buy, we’re not so diligent when it comes to insurance policies. His advice was to check out various options and we may find that insurers who were not so exposed last year will have better rates. There was however a warning for the longer term. Mr Adams said that climate changes mean this is not going to be a one-off situation and that we should be prepared for premiums to continue to rise