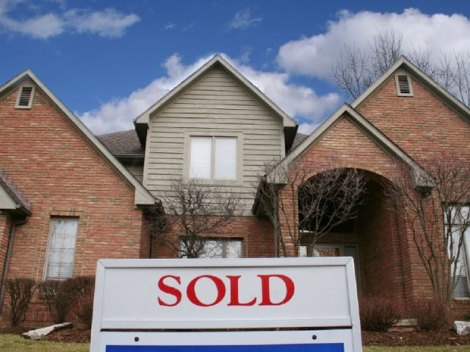 With time winding down to get in on some of the best mortgage rates in Canadian history, consumers pulled the trigger on purchases and in the process seemed to have turned around the housing market.

The Ottawa-based Canadian Real Estate Association, which represents about 100 boards across the country, has once again upped its forecast for sales in 2013, citing low interest rates and a strong economy.

“Sales after a slow start of the year have improved more than we had projected,” said Gregory Klump, chief economist with the group. “The increase in the discounted mortgage rate has moved forward activity that would have taken place later in the year.”

Many consumers pre-approved for mortgages had their rates on 90-day to 120-day holds with the option to buy now or face an interest rate that could have jumped as much one as percentage point.

August sales numbers seem to reflect the trend as they rose 2.7% from July on a seasonally adjusted basis. On a year over year basis, sales were up 11.1% in August.

CREA is now saying that sales for 2013 will reach 449,900 just 1% below 2012 and a far cry from the market meltdown many had predicted for Canadian housing. By 2014, the group is predicting homes sales will actually climb 3.5%.

Mr. Klump said pre-approval mortgages have largely run their course for 2013 so CREA’s new estimate also takes into account a slowdown in the market for the rest of this year.

“The downturn?” the economist said, with a laugh. “Wasn’t that the crash? We’ve avoided that and that in no small part points to the success of Finance Minister Jim Flaherty having tightened regulations to stop a bubble from forming.”

Wasn’t that the crash? We’ve avoided that

The market seems to have adjusted to the changes imposed by Mr. Flaherty, the most notable being a limit on amortization lengths. They’ve been shortened to 25 years after being as high as 40 years for government-backed insured mortgages.

Bank of Montreal Chief economist Doug Porter says sales are now close to their 10-year average, even with the comeback we’ve seen.

“Sales are not running away. They definitely bare watching but they are not in a situation yet where the government needs to step in and take action,” said Mr. Porter.

He says the state of the market will probably be better assessed by October, adding a rising rate environment has just taken a little bit of steam out of the market. “I don’t think it has killed the market,” said Mr. Porter.

“I think the real story is sales will be flat for the year and nobody predicted that at the beginning of the year, they were heading down for the count,” said Mr. Porter.

Interest rates have been key, and while the fear is they will be rising fast, by historical standards they remain relatively low.

“The five-year fixed rate [mortgage] has gone up 30%,” since April,” said Kelvin Mangaroo, president of RateSupermarket.ca. “The five-year bond yields, which are related, have gone up almost 90% since April. There has been a huge run up, so there is room for [mortgage rates] to increase.”

But to keep it all in perspective, his website still has an advertised five-year fixed rate closed mortgage of 3.14%. It’s just that same term that was as low as 2.62% at one point during this cycle.