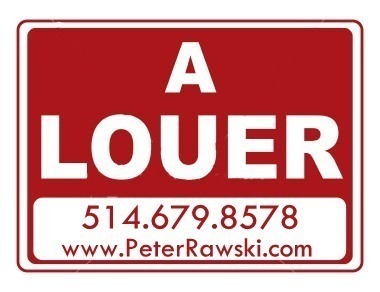 MONTREAL — Karl-Philippe Vallée bought his Plateau Mont-Royal duplex in 2011,  with the intention of fully renovating the property and selling it as two  separate condos a year later.

But when the introduction of tougher federal mortgage rules slowed the real  estate market in late 2012, Vallée realized he wouldn’t hit his target of a  five-per-cent return on the sale of the units.

So like a growing number of condo owners, the 33-year-old financial and real  estate consultant decided to rent out the condos — as opposed to selling them —  at a time when most major Canadian markets are becoming balanced, amid softer  sales and weak price gains.

“The market has not progressed as much as I thought it would,” Vallée said.  “Prices have not dropped, they just haven’t increased as much as expected.”

Industry data published Wednesday by the Canadian Real Estate Association  showed average home prices continued to rise nationally in April, even as  year-over-year sales fell three per cent, leaving economists divided over  whether the once sizzling housing market is heading for a soft landing. The  national average price in April was $380,588, up 1.3 per cent from a year  earlier in April 2012.

“I think some people are perhaps confused by the fact that we’ve seen a drop  in sales but prices haven’t fallen yet,” said David Madani, an economist at  Capital Economics.

“But that’s normal because prices respond to sales activity with a lag,” said  Madani, who believes it’s still too early to rule out a sharp correction in what  until recently has been an overheated market.

On Montreal Island, the median price of a condo remained flat at $260,000, as  sales between January and April dropped 18 per cent, compared with an  exceptionally strong first four months of 2012, statistics recently published by  the Greater Montreal Real Estate Board show. With Montreal’s condo market now  favouring buyers for the first time in 15 years, owners like Vallée who once  considered selling their properties are now turning to the rental market,  October data and industry observers say.

According to a January report from Canada Mortgage and Housing Corp., 11.8  per of all condos were being rented on Montreal Island in October 2012, up from  9.5 per cent during the same month in 2011.

“Toward the end of last year I was getting a lot of these kinds of  questions,” Middlemiss said. “Some of (these condo owners) have never done this  before.”

In Toronto, the number of condo apartments leased on the Multiple Listing  Service during the first quarter of 2013 rose by almost a third over the same  period in 2012, the firm Urbanation said this week. Since 2011, Toronto rents  have risen by more than 10 per cent, equal to an additional $170 per month,  Urbanation said.

By contrast, according to the latest data available, average rents paid for a  Montreal condo dropped from $1,241 in October 2011 to $1,131 during the same  month in 2012, where the condo vacancy rate held stable at 2.3 per  cent.

For Vallée, the decision to lease the two condos made sense financially  because he was able to buy the duplex below market value, stay on budget while  renovating the property and had no existing tenants so he could charge market  rents.

The rent he charges covers his carrying costs — including mortgage payments  and taxes — on the properties.

Condo owners who purchased at the height of the market, but have existing  tenants who pay below-market value rents, will have trouble covering their  costs, he said.

“You have to be able to rent the place at current market value.”

Vallée’s next plan is to lease the separate Plateau Mont Royal condo where  he’s currently living and reduce his expenses by moving into a rental apartment.  He will only sell the three units when he can make a higher return than the one  he’s earning by renting out the properties. Analysts are divided on when that  would happen.