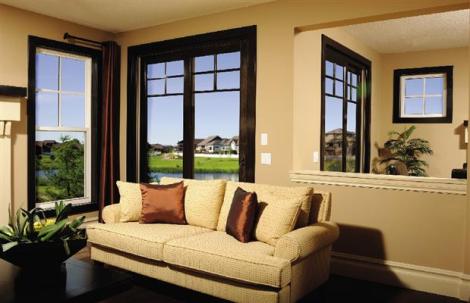 An extra pane of glass in your windows can yield significant gains in household comfort through reduced heat transfer, along with increased noise-reduction and condensation control.

It’s why ReidBuilt Homes has partnered with window supplier Ply Gem to incorporate triple-glazed windows into homes being built in Edmonton.

It isn’t the first time the two firms have worked together; in fact, they know one another quite well.

In that time, the two companies have built a wealth of experience in the Edmonton market. The introduction of triple-glazed windows into their projects is the latest example of their forward-thinking approach.

“By the end of the year, we should hit 260 homes with the triple-pane glass,” Bugiak said, adding that this new approach is here to stay.

“It’s something that will continue in the future; I don’t see ReidBuilt going back to dual-pane at all.”

“We landed on this idea of doing triple-glazed windows. Immediately, we took the specifications to our highest-level window, the Elite series Ambassador window, which has been a flagship product for us for over 20 years now. We took this top-end quality vinyl window, and gave it triple glazing, which gave it qualities not only related to energy, but also comfort in the home, such as making the home quieter.”

The chief advantage of triple-glazed windows is their improved insulating performance. They provide improved heat retention in the winter, and help keep things cool in the summer. Heat transfer through the window is minimized through the use of a low-emittance coating (low-E) and argon gas in the cavities between panes. This characteristic is particularly helpful in Edmonton’s variable climate, where temperatures soar in the summer, then plummet in the winter.

“Performance-wise, it really raises the bar for the homeowner,” said Thompson. “What we went with is part of our eco-glass family. It’s what we call our Eco 5 Triple. It has three pieces of glass – the triple-glaze unit – one surface of high-performance low-E on one sheet of glass, and then both air cavities are filled with argon gas.”

“When you’re looking at window performance, and you take a standard double-glaze clear glass unit, (Ply Gem’s triple-glazed window) more than doubles the R-value of the window for winter performance, from R2 to R5.41,” Thompson said. “In the summer, if you’re looking at the performance of double-glazed clear glass, that allows approximately 78 per cent of the sun’s heat into your home. In Alberta, with the amount of sun we get, summers can get a little uncomfortable. The product that we use actually only allows 33 per cent of the sun’s heat coming into the home, so it’s a dramatic decrease. That, coupled with the winter performance, allows ReidBuilt to take a product to their customers that offers fantastic year-round performance.”

The triple-glazed windows won’t limit the design possibilities for the homeowner.

“It can go from a very small window to some very large combinations, because it’s such a beefy vinyl profile, it’s one of the heaviest. It allows us to put a large amount of structural reinforcement into the cavities. We can do some extremely large window combinations in the Ambassador line,” Thompson said.

For ReidBuilt, it means the windows incorporate well into building plans.

“You don’t do anything different in the building of the house. You just substitute. Two feet away from the window, you can’t tell the difference,” Bugiak said.