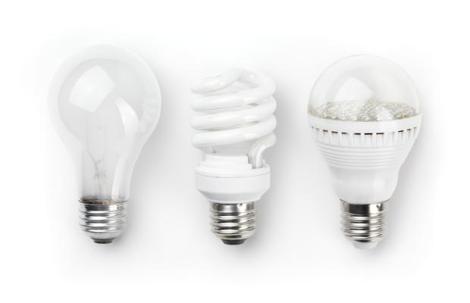 With a nearly 90-year-old house in Rye, N.Y., Melanie Cadenhead spends a large part of every winter being cold.

The temperature inside usually drops around the end of November and Cadenhead pulls out her sweaters. Having shelled out about $1,000 a month last winter trying to warm up the place, she does not plan to crank the heat any higher this year.

Modern living does not have to be that hard, energy efficiency experts say.

They cite a host of simple ways to cut energy consumption without sacrificing comfort or lifestyle. From sealing air leaks to unplugging cell-phone chargers, these recommended improvements don’t require big-ticket purchases like windows or air or heating systems (although those may be necessary in some cases).

Many energy-saving moves are so inexpensive, relatively speaking, that they quickly pay for themselves.

“American homes are built for cheap energy and we are not in the cheap-energy era anymore,” he says.

But even sealing your house nice and tight (while still leaving enough airflow for proper ventilation) won’t really do the job if your insulation has stopped doing its job, Stefan says. Warm air can escape right through insulation that’s been in place for 25 years or more.

“We all recognize that we have to replace our cars and computers, and people love to do that,” he says. “But most people have really old insulation – and it’s really beaten down and it’s not doing them any good.”

The cost of sealing leaks or updating insulation varies greatly depending on where you live and the complexity of the job.

But “the energy you save from doing this work will more than cover the cost of the work itself,” Stefan says.

Such steps tend to be cheaper than, for instance, replacing leaky windows, another energy -saving step. That could run into the tens of thousands of dollars – although it often could be avoided simply by hanging storm windows in the winter, experts say.

Another way to cut energy consumption is to unplug all those “energy vampires,” says Ken Collier, editor-in-chief at The Family Handyman.

A typical American home has 40 devices, including TVs, cellphone chargers and computers, that continually draw power when they seem to be turned off, according to the Environmental Protection Agency. U.S. households spend approximately $100 per year, roughly eight per cent of household electricity costs, to power such devices while not in use.

Collier says the expense could be closer to $70 a month.

The easiest way to eliminate those costs is to plug your devices into power strips and turn the strips off at night , he says. Another good option is a product called Smart Strip, which looks like a regular power strip but automatically turns off equipment that it senses is not being used.

Using a programmable thermostat and switching to energy-efficient appliances and light bulbs also can yield substantial savings, according to the U.S. Department of Energy.

Today’s light bulbs can provide energy savings of up to 75 per cent and last 10 to 25 times longer than traditional bulbs.