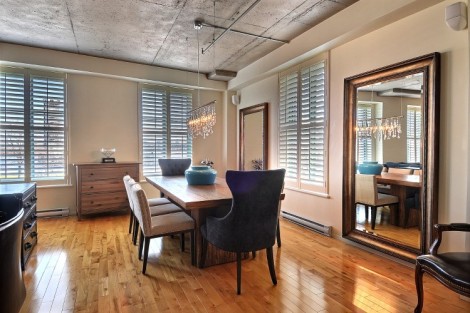 As Mike Cammalleri discovered Tuesday night, even a simple question about Montreal real estate and politics is never simple during a provincial election.

A few hours before the Parti Québécois was declared a minority government, the former Habs-forward asked on Twitter: ”How’s this vote going to effect the value of my house in MTL?”

Read between the lines and the real question is: How would a PQ victory, which would raise the spectre of a referendum, impact home prices?

Hardly new, such questions have already sparked articles in local English and French media, along with a national wire service, following reports by brokers that certain Montreal buyers were delaying their purchases until after the election. As The Gazette’s real estate reporter, I’ve been asked the question almost daily during the campaign, from developers, investors and both French-speaking and English speaking homeowners. It was even a topic Wednesday on the Toronto-based Canadian residential construction site BuzzBuzzHome, where the Tour des Canadiens near the Bell Centre was the most searched condo project.

But in Montreal, where hockey generates as much passion as language politics, Cammalleri’s question was retweeted dozens of times, eliciting some angry reactions on the social media site.

The Flames forward, who sold his former Montreal condo in July for $810,000, and apparently has another home for sale, quickly went into damage control mode.

“Just a simple question folks. Really not sure what’s going…take it easy,” he tweeted. ”No political views here.”

“I really was just wondering if the vote effects the real estate there. Is that a bad question? I wasn’t making any political statements.”

Other Montrealers voiced their support for Cammalleri, tweeting that they too were concerned about the impact of the election on home prices.

My answer to Cammalleri’s question? A very dull, “not much.” 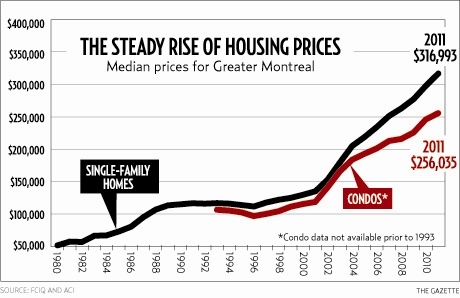 Since 1980, housing prices in Montreal have rarely dropped, no matter which political party was in power. A notable exception was 1995.

Apart from a few years, Montreal real estate prices tend to rise slowly. An exception was in 1995, the year of the referendum on sovereignty, but also a time of government fiscal austerity measures, high interest rates and a national recession that caused values to tumble in other cities like Toronto.

Very different from Tuesday’s election of a PQ government – especially one with a minority.

Following Tuesday’s vote, Montreal broker Monique Assouline said some buyers, who’d put off purchases before the election, ”are back in the game.  They’re still apprehensive, but much less so.”

There are some legitimate reasons to be concerned about Montreal real estate prices in certain sectors of the market. Condo stock, following two years of record-breaking construction, is piling up, leading some analysts to expect a five to 10% price correction.

But that’s a question of oversupply, not politics.