Contact me today to receive listings in Old Montreal that fit your criteria. You can also simply fill out the buyer’s real estate alerts request form here. 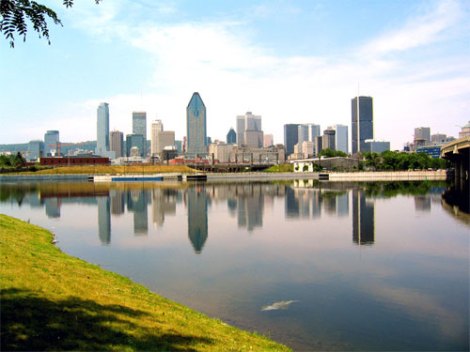 Old Montreal is a major tourist attraction;[3] with some of its buildings dating to the 17th century, it is one of the oldest urban areas in North America. In the eastern part of the old city (near Place Jacques-Cartier) are found Montreal City Hall, Bonsecours Market and Notre-Dame-de-Bon-Secours Chapel, as well as preserved colonial mansions such as the Château Ramezay and the Sir George-Étienne Cartier National Historic Site of Canada. Further west, Place d’Armes is dominated by Notre-Dame Basilica on its southern side, accompanied by the Saint-Sulpice Seminary (the oldest extant building in Montreal). The other sides of the square are devoted to commerce; to the north is the former Bank of Montreal Head Office and to the west, the Aldred Building and the 1888 New York Life Building, the oldest skyscraper in Canada. The rest of Saint Jacques Street is lined with old bank buildings (like the Old Royal Bank Building) from its heyday as Canada’s financial centre. The southwest of the old city contains important archeological remains of Montreal’s first settlement (around Place d’Youville and Place Royale) in the Pointe-à-Callière museum.

Architecture and cobbled streets in Old Montreal have been maintained or restored to keep the look of the city in its earliest days as a settlement, and horse-drawn calèches help maintain that image. The old town’s riverbank is taken up by the Old Port (Vieux-Port), whose maritime facilities are surrounded with recreational space and a variety of museums and attractions.

Champ de Mars is a large public space located between Montreal City Hall and the Ville-Marie Expressway. It offers a view of downtown Montreal and Chinatown. It is notable due to its location and its archaeological remains. The two parallel lines of stone are one of the few spots in present-day Montreal where you can still see physical evidence of the fortified settlement from colonial times.